Care to make a DIY European mount? Over the past few years I have become a huge fan of European-style skull mounts for deer and elk. A mounted trophy head looks good, it's a new fad, and it is much better than stuffing them or forgetting about the animal, as well as the hunt. Skull mounts, often referred to as European mounts, are an attractive choice for the sportsman who loves hunting. They are less expensive than full-body mounts, and take up less room. In addition, skull mounts have become increasingly creative as mounting techniques advance. These factors explain why skull mounts have become so popular in recent years.

In this article, you will see a couple of DIY european mount projects, most of the hanging patterns are basic and easy to follow. So, what are you waiting for? Go through our list and make your choice.

See here how to make a white sparkling European mount without using paint! Get the skin and flesh off your deer head (you can do this as soon as you get the head, it's removed easier than later). Now, soak the skull in dawn solutions for some minutes and use a pressure washer to get off the remaining flesh and marrows from the cavities. After that,  wrap the antlers in a plastic bag and boil the skull with a whitening solution.

The process of making a European mount is not very difficult, intact it is easy, but the most challenging part is getting all the flesh and marrows from the cavities and eye sockets. Once you can get all the meat out, you're good to go. You can book the head for as long as you want to make it easy.

3. Do It Yourself European Mount

Check out this DIY European mount with a deer head! The guide makes it very easy for you to get off all the flesh and skin of the deer from the head. The method used is continuous boiling and pressure washing! You can boil the head for up to 10 hours, and pressure washes every 2 hours.

4. How To Do A European Mount

You don't want to boil your animal head over to avoid bone breakage. 4 hours of boiling is good enough to get all the flesh. Make sure to remove all the flesh and meat from the head and cavities to avoid a stinking or yellowish mount.  Follow this link to learn more about the process. 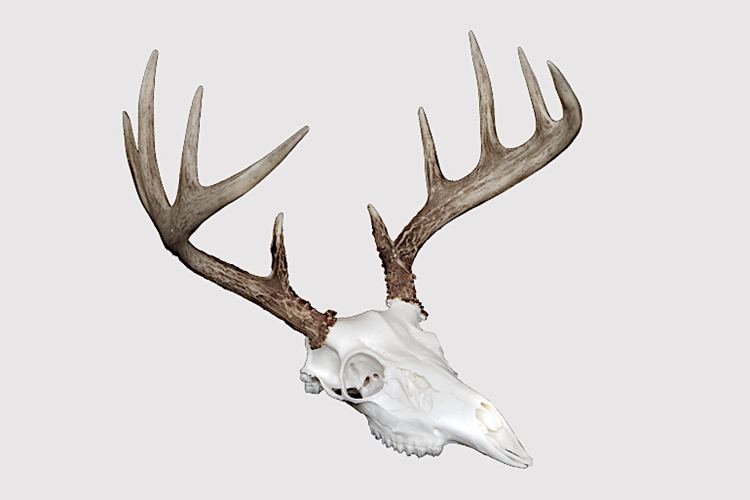 What do you think about displaying your hard-won trophy in a classy and more sophisticated way? I think it's lovely! All you have to do is check the guide and learn. The first and crucial step you need to take is to get the animal head you want to use and skin the head. Skinning is one process that requires patience as you need to be careful with the equipment. gameandfishmag

This guide will straightforwardly let you remove the flesh from the animal head you want to use for your European mount. Get a razor-sharp knife to remove all the external meat. You might want to get a sharpener close by as you will need it to keep the blade sharpened and make your work fast. On another way round, if you have much time, you can freeze the head for some house before you start skinning it. And if it's a rotten head, you might want to boil it with water for some hours. Gameandfishmag 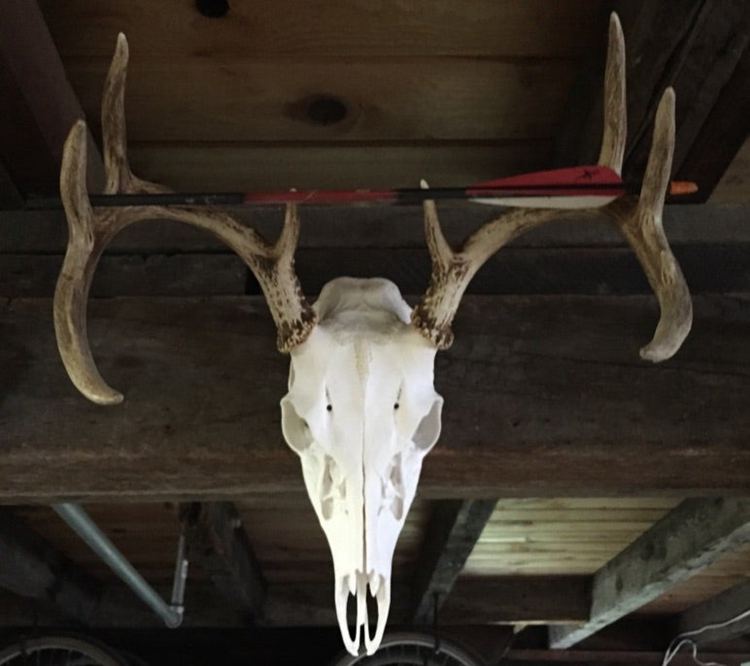 The most common animal head used for the mount is the deer because of its long, curly, and branched horn! Even if you don't have a trophy to display on the amount, the antler of the deer itself is enough to display. You will need some scraping tools, a stockpot (dedicated for this project), a plastic shoebox, and a place to cook the head. instructables

8. How To DIY Euro Mount 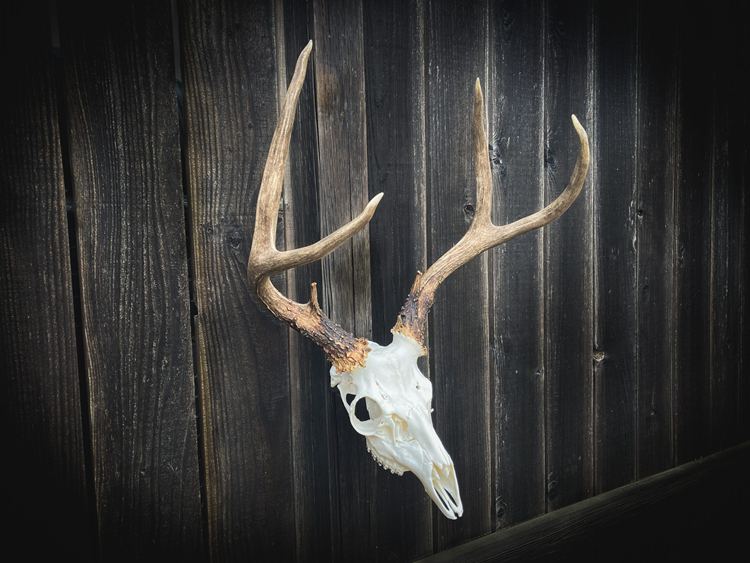 Do you want to DIY a European mount? Don't you know how to go about it? Don't worry; here is a great guide to show you the steps. You first need to get a deer (dead, of course!) Or get the head as the case may be. The first step is to remove the head and skin all the external flesh from it. After that, remove the lower jaw and eyeballs. You will need to remove the brain, and your head will be free from the hide, meat, and other soft material. Now, it's time for the maceration process. westernhunter

Here is another more accessible way to get off every meat, skin, and flesh from your deer head. The method is an alternative to boiling, and it's pretty cheap and straightforward, but it takes a lot of time. The minimum time to bury is 3months, and you're assured of a clean skull after that. Check the link to the guide below for additional information.

10. How To European Mount A Deer

The materials you need for this European mount include a knife, pot, heat source, degreaser (optional), hydrogen peroxide, pliers, screwdriver, water, and pressure washer. These materials are essential for getting off meat and flesh from the animal head you want to use. Follow the link below to learn more about the process of getting the meat off the animal head with ease.

Here is a great plan that shows you how to DIY a European mount hanger using a piece of scrap wood. To make the wood look rustic, burn some part of the wood and paint it roughly with Minwax black stain. After that, attach something that will hold the European mount on it, and you're good to go.

12. How To Do A European Mount In Minutes

Here is a super simple, cheap, and fast method of making a European mount! All you have is to understand the concept involved in the process so that you won't overdo each of the steps. The steps include skinning, boiling, washing, and painting. Follow this guide to see more details on each step.

Do you have your weekend accessible? Well, you can use the weekend to process your animal head into a white sparkling European mount! All you need is a space to carry out the process, a knife to skin the head, something to boil your animal's head, and patience. The first thing to do is skin the animal head, then cook the head for a few hours to make the meat soft for easy removal. After removing all the flesh, you need a lot of water to rinse the skull in and out.

Here is how to turn a giant deer head into a small, bright white European mount! All you need is patience and time. As you will have to take every meat and marrow from the head. Be very careful while handling the head so that you won't damage the bone or the antlers. 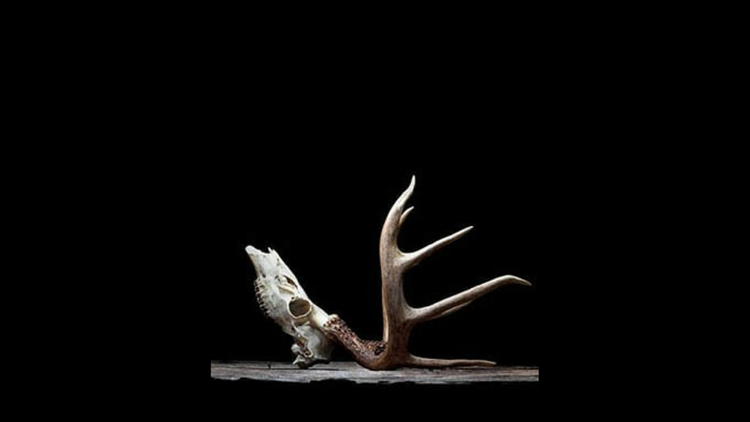 Getting the head of the animal you want to use is the most challenging part of this mount, but once you have the head, the work is half done! Remove all the skin from the animal head and boil the empty head in salt water for about 2 hours.

After cooking, you will remove some meat from the skull as the head is not thoroughly boiled. Please put it back into the boiling water and let it cook for an hour more. Now, you will be able to remove the lower jaw easily. grandviewoutdoors

What do you think about the hog head mount? It's going to be amazing! The transformation of the head is quite simple, not as complex as the deer head. All you have to do is boil the head (after scraping off the skin) for an hour, and all the meat will be coming off quickly. You don't need to remove the lower jaw, as in the case of a deer head.

Do you want a rapid method to make a European mount? Well, this might be the tutorial you wish for! The instructor makes the process as fast and straightforward as possible. Instead of removing the lower jaw with a knife, he boils everything altogether, and the lower jaw comes off easily after cooking.

Here is a great video tutorial on how to hang your European mount on the wall. The guide gives a well-detailed description of the process and how fast things get done. The part of the mount used for the hanging is the two bones at the bottom of the drain hole.

Elk us another animal with a long branched horn! It looks fantastic, and it will look more like displayed art. However, you have a lot to do if you want to transform the elk head into a European mount! The first thing is to skin the head and get as much meat as possible off the head.

Making a European mount is quite an exciting process! Though you can spend hours on it. That is why it will be good if you make it on the weekend. Follow this guide to see how to transform an animal head into a classy European mount!

What do you think about displaying your hard-won trophy in a classy and more sophisticated way? Well, I think it will be a fascinating thing to do! All you need to do is follow the guides listed above. Each guide talked about how fast you can get the mount done.

The bury method is another not very common alternative because it takes time. However, it's the easiest and works well.

Rate this post
Pin
Share
0 Shares
« 8 DIY Trampoline Tent Projects For Camping: Do It Yourself
19 DIY Aquarium Caves You Can Make For Fish To Hide » 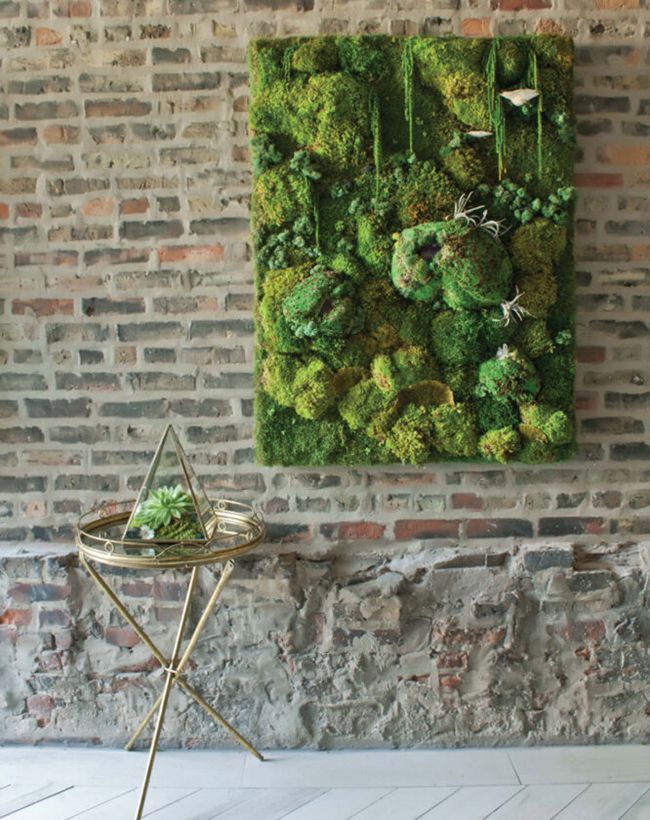 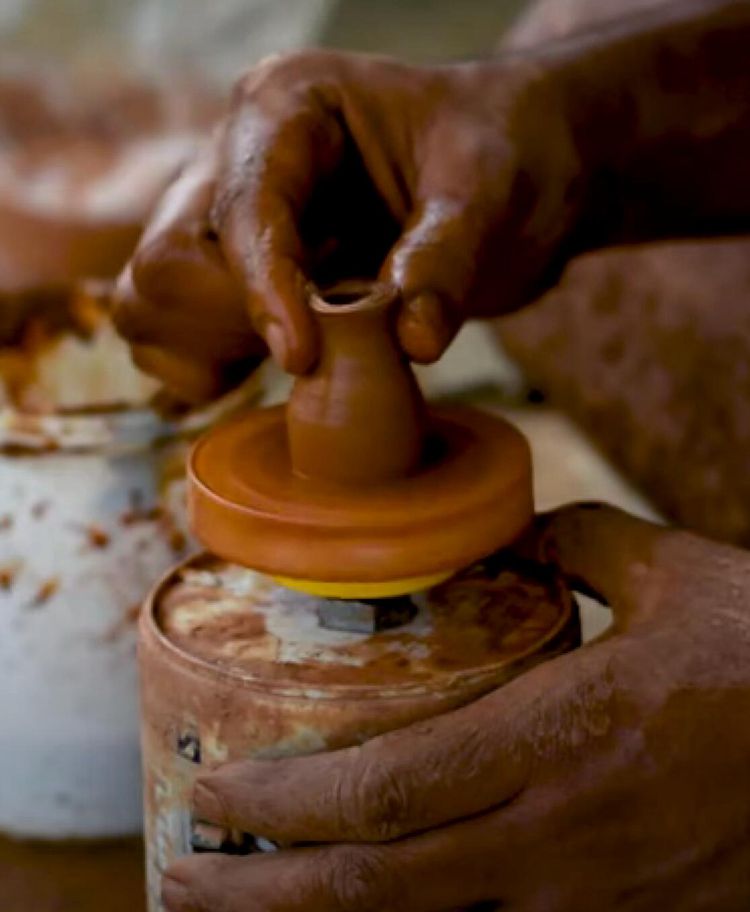 20 Ways To Make A DIY Pottery Wheel: Do It Yourself Easily! 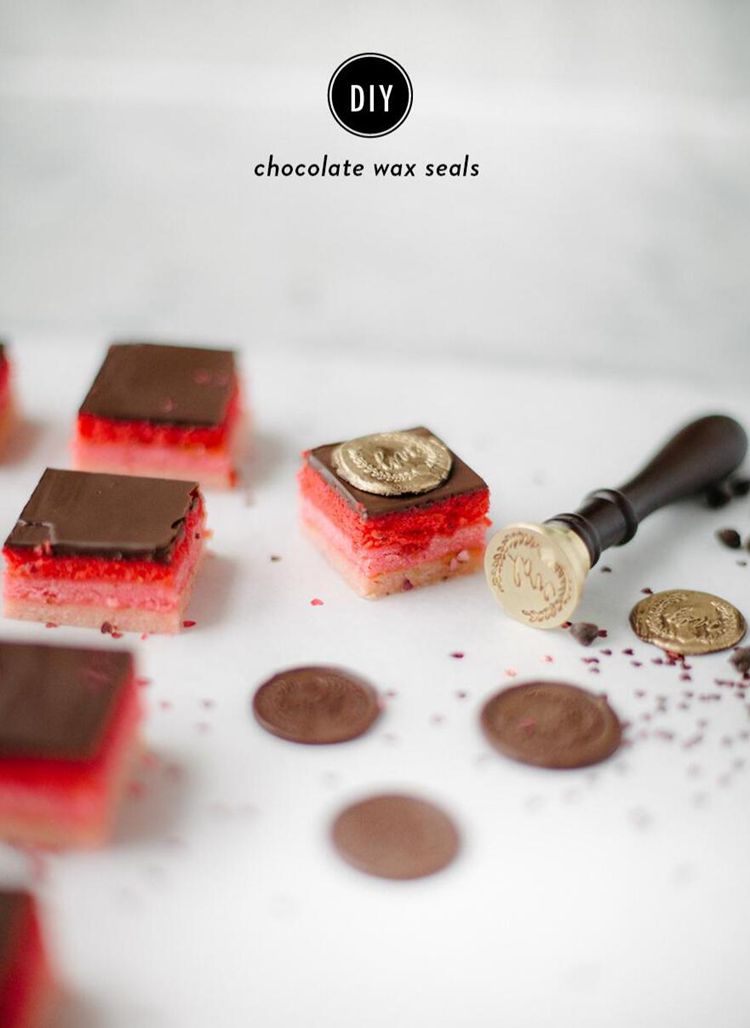 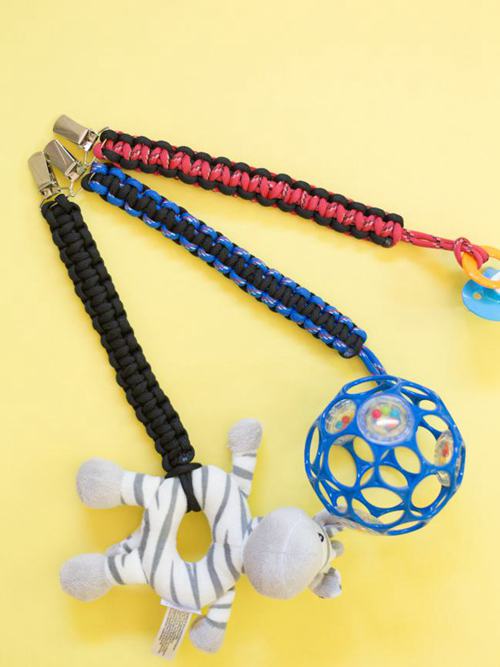 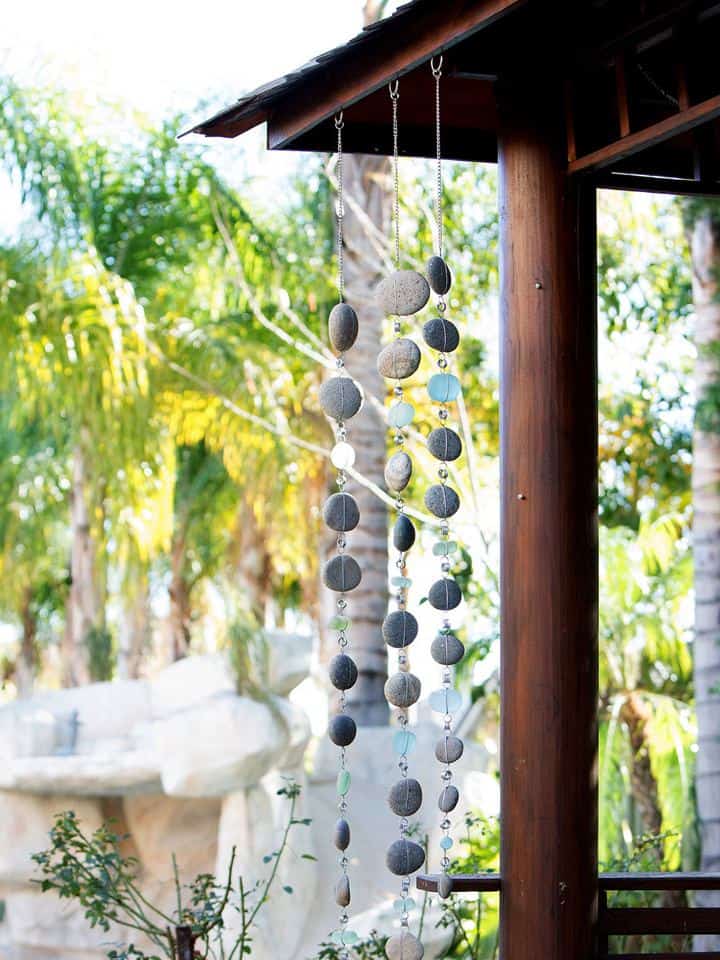 24 DIY Rain Chain Ideas: How To Make A Rain Chain 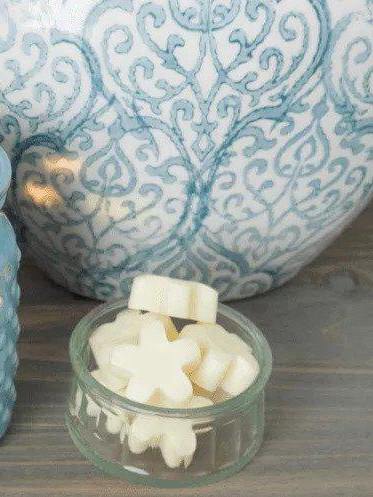 15 DIY Wax Warmer: How To Make A Wax Burner 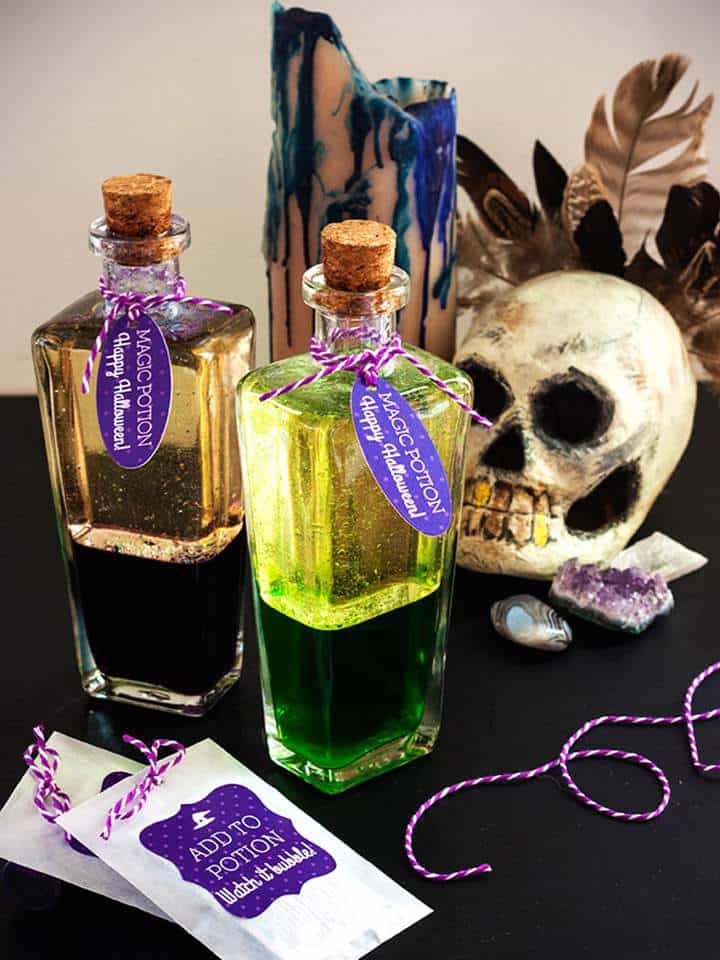 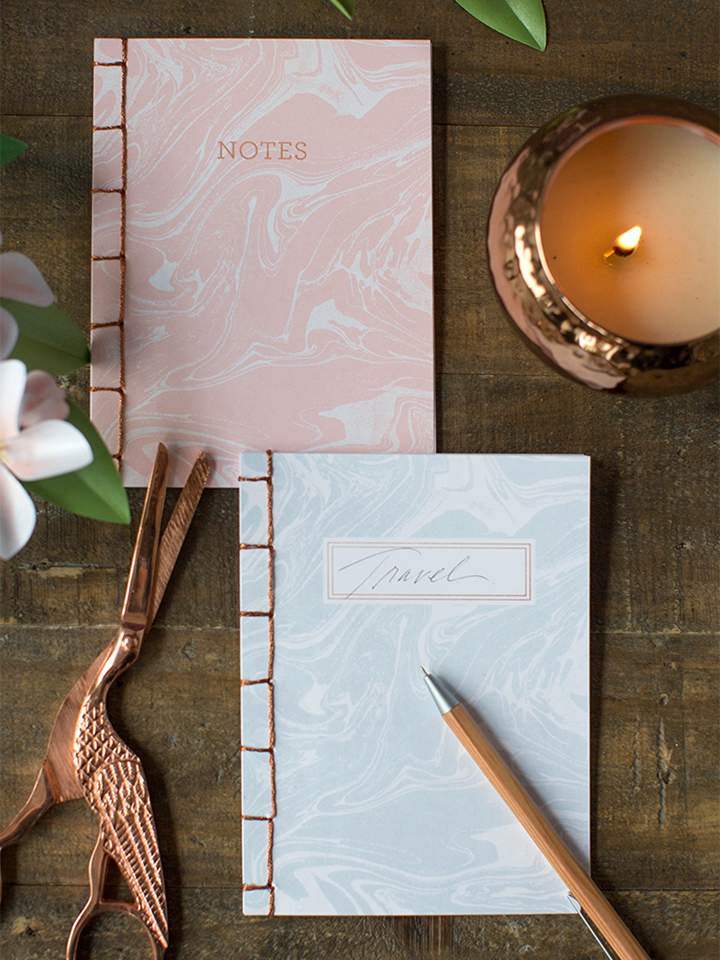 35 DIY Journal Ideas: How To Make A Journal From Scratch