Most people want to go camping but they always keep off because the idea of showering in the wild is just not that appealing. Would you like an easy and cheap solution to this problem? If your answer is yes, then a DIY camp shower is just what you need.

Here are some options of tutorials that show you exactly how to make your own shower camp at a cost effective price: 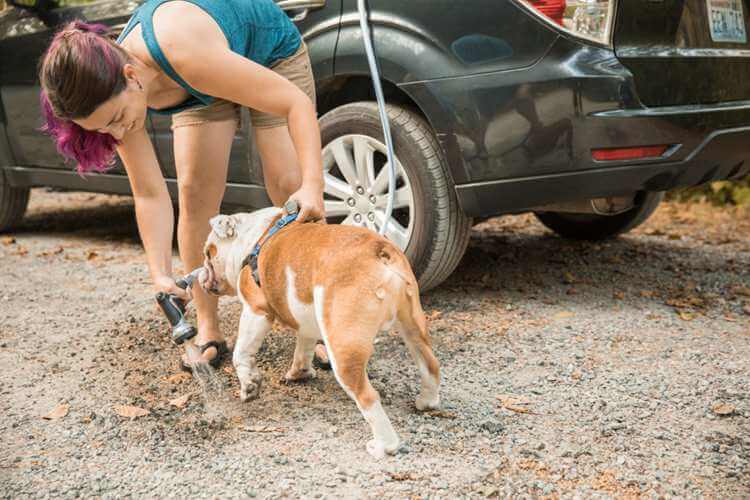 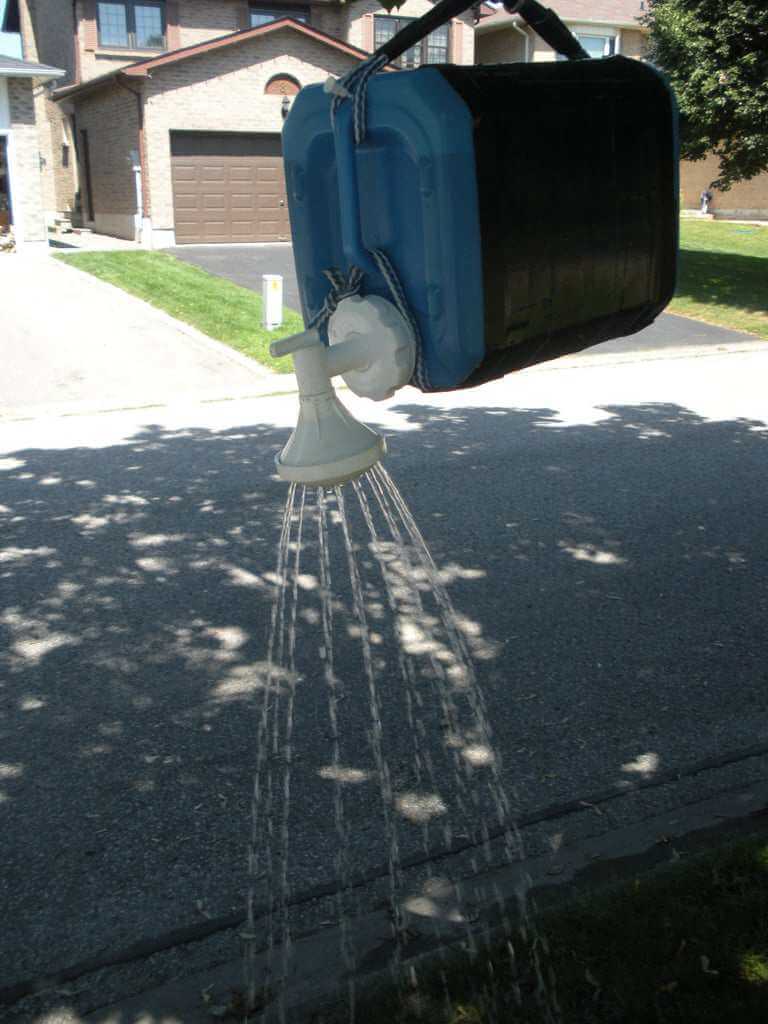 This tutorial is a step by step guide that shows you how to build your own camping shower in six easy steps. Some materials you may require for this include a water jug, a braided rope, a chain sickle, a gorilla tape, a chain shackle and a watering can.

This tutorial guides you through how to build a homemade 12 volt camping shower. You get to see how to attach the different parts or materials to get a fully functional 12 volt camp shower at the end. You will need some wire connections and a power plug for this one.

4. Making your own DIY camp shower 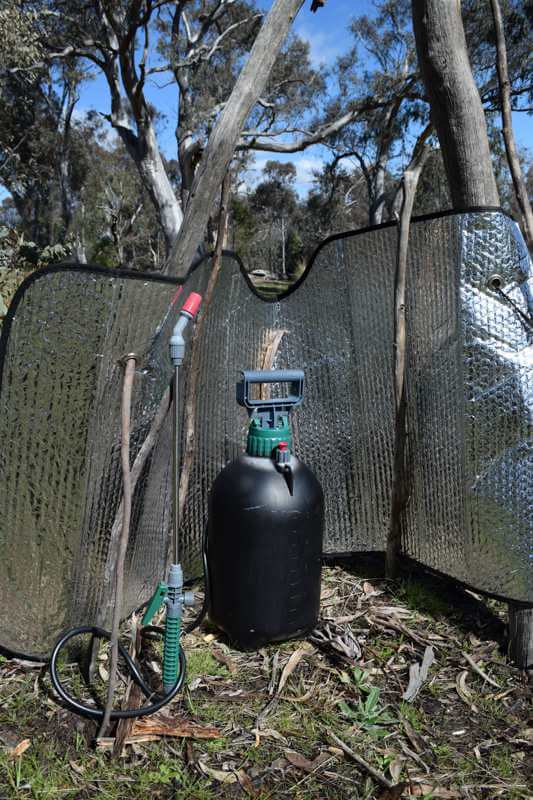 This tutorial has divided the steps of setting up your camp shower through the catchphrase 'Adapt, Improvise and Overcome'. They use basic materials that would be around a campsite to build the camp shower in an innovative way.

This tutorial shows you how to assemble the different parts of the camp shower in a simple manner. Materials you will need for this tutorial are the extension, spray hose and the nozzle. You will also need an adapter fitting to complete the project. 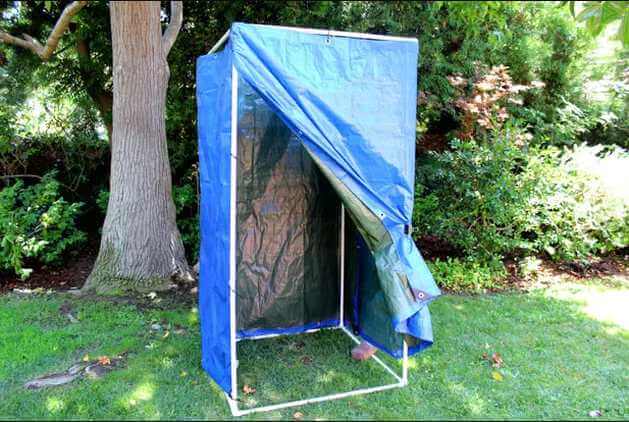 This tutorial takes you through how to build a camp shower in six clear steps. There are images to complement the instructions on each step. They also show you how to make your own camp shower enclosure to go with the camp shower. 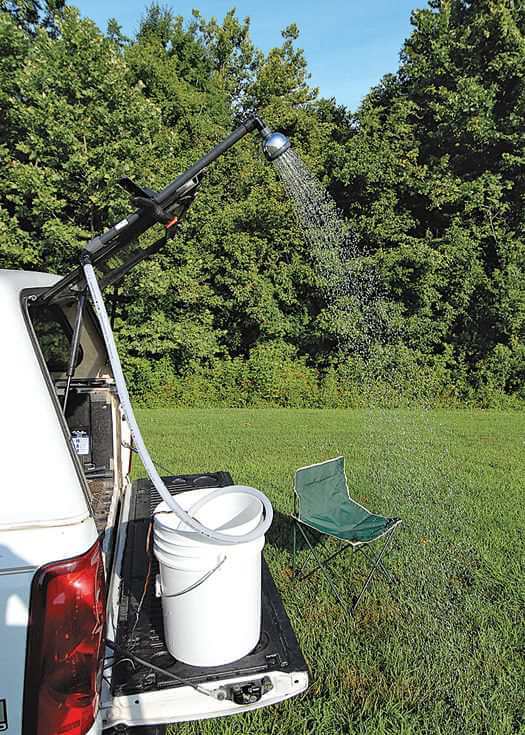 This tutorial guides you through how to make a car lighter powered shower in 5 clearly outlined steps. The tools you will need for this tutorial include a plastic pipe, a showerhead, a hose, a 12 volt output pump and a 12 volt car lighter plug.

This video tutorial shows you how to make two versions of a camp shower. It is an easy method that is also quite cheap which is great for someone who doesn't want to spend much. For the tutorial, one bottle is enough to make one shower.

This is a video tutorial that guides you on how to build a 12v camp shower. You get to see as it is made which is quite straightforward. Materials you need include a 35 gal water tank, a GPM pump, a custom made shower head, PVC fittings, tubing and a pipe.

This tutorial shows you how to put together the different materials to build a shower head and to attach them to the car. There is also a link on the description box for this video where you can get a detailed plan and list of parts for the tutorial.

This tutorial is easy to follow since they have a voice over added to the video. The materials you need for these tutorial are a new sprayer, a nozzle, an adapter and a pipe clamp. The shower they make can be used for camping, washing stuff off, watering plants and even surfing. 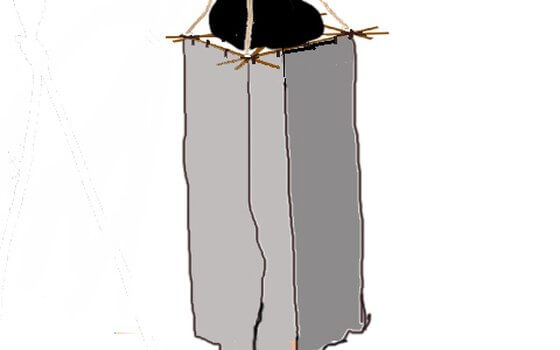 This is a seven step tutorial that takes you through each step in building a camping shower at home. The tutorial gives you instructions on how to build a solar shower that is effective and needs only a few minutes to set up.

This tutorial shoes you how to set up a folding shower with a minimal budget of under $200. Some of the materials you need for the tutorial include a scoped rifle case, a square washer, an angle bracket, an aluminum U channel and a slotted channel.

This tutorial takes you through how to build a camp shower for less than $25. The shower does not have a gravity fed system and how it also does not use batteries. The tutorial uses a cheap weed sprayer and some basic tools to make the camp shower. 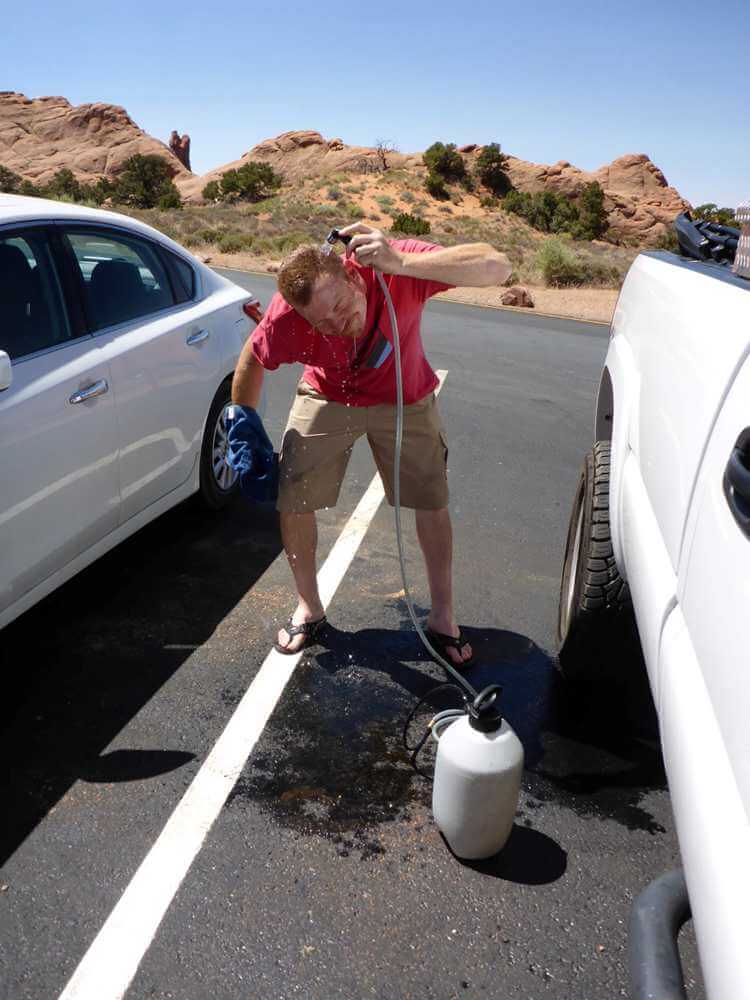 This is a four step process that guides you on how to build you own camp shower for less than $30. Some of the materials you will need for this tutorial include a kitchen sink sprayer, a hose, a new garden sprayer and a barb fitting. You then put together all these items to create a camp shower.

This video tutorial shows you how to assemble different materials to create a working camp shower. It is a super simple method that would be great for a beginner. The camp shower is also tested to show that it works.

This video tutorial starts by taking you some guidelines that you will need to follow for the camp shower to work. You then see the materials you will need and how to assemble all the different parts properly to make the working camp shower. The video is very detailed which makes is easy to follow. 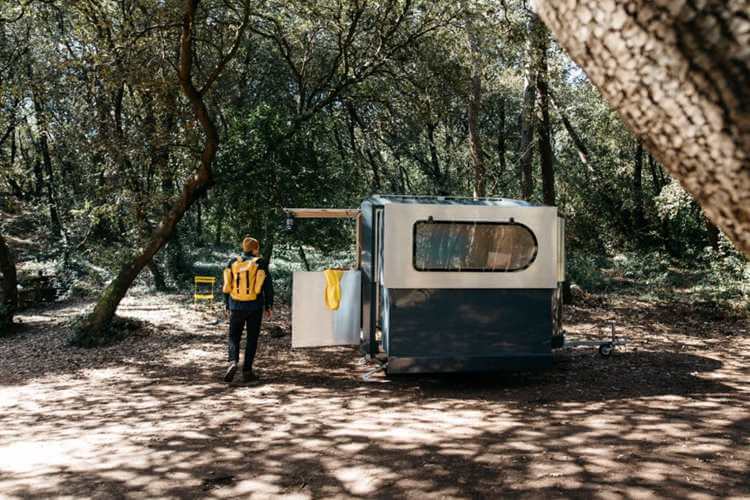 This tutorial takes you through how to make a pressurized shower system out of a weed sprayer. Other than the weed sprayer, other materials that you will need are a nozzle, connector piece and a hose. The tutorial shows you how to put these parts together to attain a working camp shower. 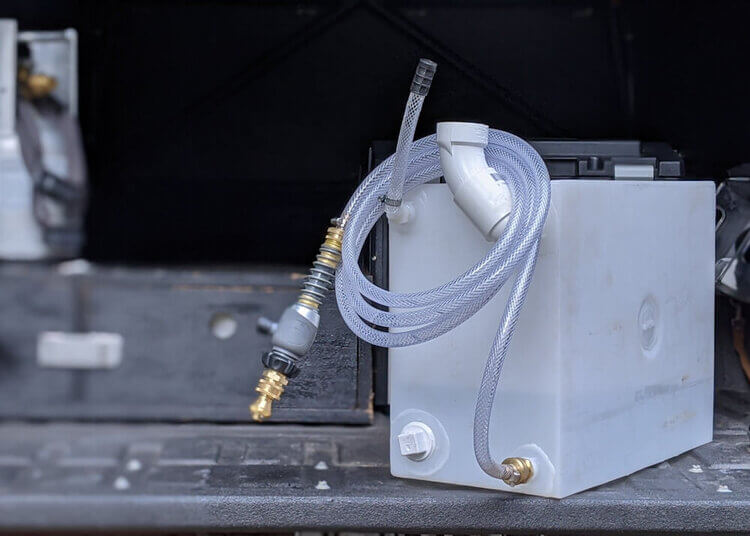 The materials that you will require for the tutorial are divided into different segments which include the water tank, the water input/output port, the water hose assembly, the water container breather vent assembly and the water tank filler neck assembly. The tutorial has 7steps that are well detailed and guide you through the process.

21. Portable shower for camping and surfing

This is a quick DIY video tutorial that guides you on how to make a portable camp shower. The tutorial uses a garden sprayer as the main item, coupled with other parts such as the nozzle, the sprayer and a barb fitting. The video takes you step by step through how you can make your own camp shower.

This tutorial shows you how to make a portable and convenient camp shower. The video does not skip any step which makes it great for someone who wants all the steps. The materials you require for this tutorial include a weed sprayer, a sink spray nozzle, a sink spray nose and an adapter.

There are many options when it comes to making DIY camp showers and the one you choose should be the most convenient for you. The options vary in terms of the materials needed and also how simple or complex you would like you shower camp to be. Ultimately, a DIY shower camp is a perfect solution. 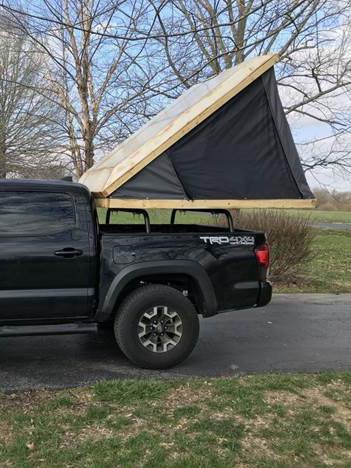 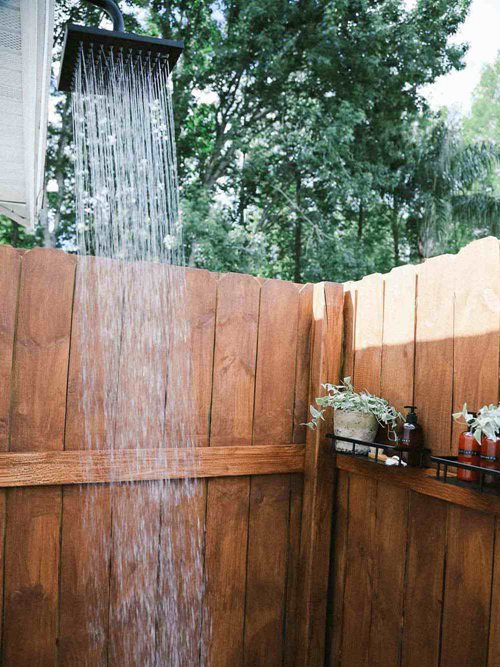 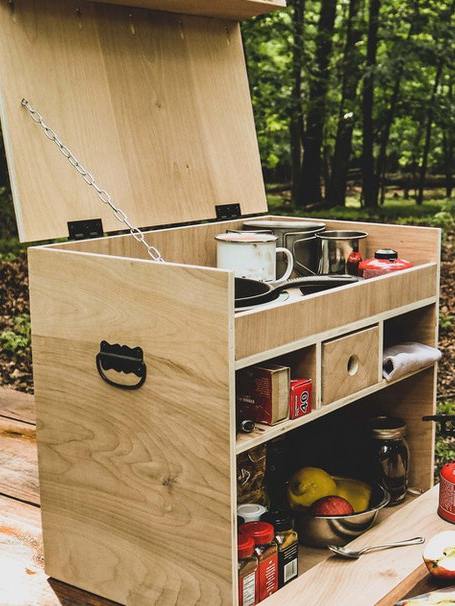