Here’s a fun DIY guide for lovers of pirates. Why buy a pirate hat when you can make one for yourself with a few materials? After days of research, we are happy to present you with 22 DIY Pirate Hat projects.

You can make these pirate hats from the comfort of your home and without having to spend much.

1. How To Make A Pirate Hat

This tricorn pirate hat is made from foam. It is a very straightforward make. Draw the pattern of the hat on two sheets of paper stapled together. Make sure the measurement is accurate. Cut out the pattern.

Bring it out your foam and lay the pattern on it, trace the pattern on the foam, and cut. Glue the pieces together. Glue a wire gauge to the edges of the hat and paint it your desired color. Bend the hat to link more like a pirate and you're good to go.

If you don't want much decoration on your pirate hat, then you need to try this gothic pirate hat.  It is made from wool, yarn, scissors, needles, feathers, jeans, ribbon, and pin. Fold the edges of the wool head in three places and when you get your desired look, pin the threefold. Sew the fold and remove the pin. The pirate hat is ready.

But if you want to decorate this gothic pirate hat, sew the yarn around the tip of the head. Sew the fabric to the head and fold in the edge in three places as you do in the first one. Glue the feathers to the side of the hat and it is done.

4. How To Make A Newspaper Pirate Hat 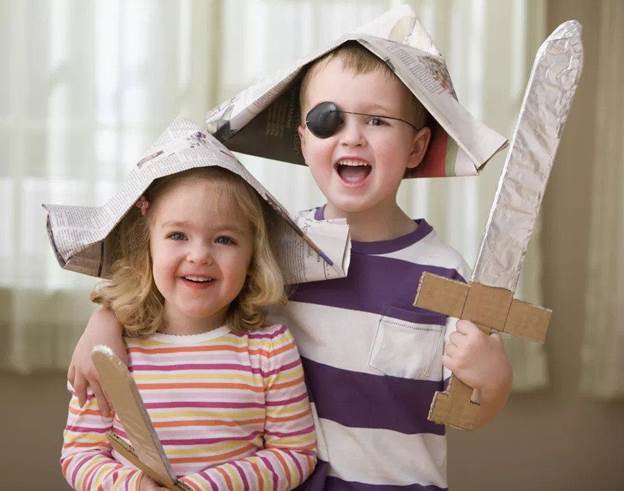 This pirate hat is made from a piece of rectangular newspaper and scotch tape. It is kid-friendly and it takes less time to complete.

Fold the newspaper from top to bottom, then fold all the two upper corners of the newspaper down. Carve the brim of the hat from the bottom margin and pull the hat open. 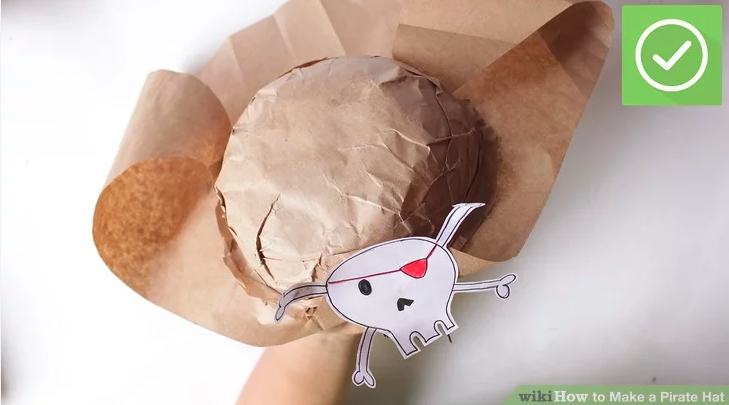 This step by step guide shows you how to make a pirate hat with a newspaper. Fold the newspaper horizontally, fold the two upper corners down to give a sharp edge. Fold the bottom of the newspaper and secure the flaps around the corners. You can now decorate the hat if you like.

6. How To Make A Tricorn Pirate Hat 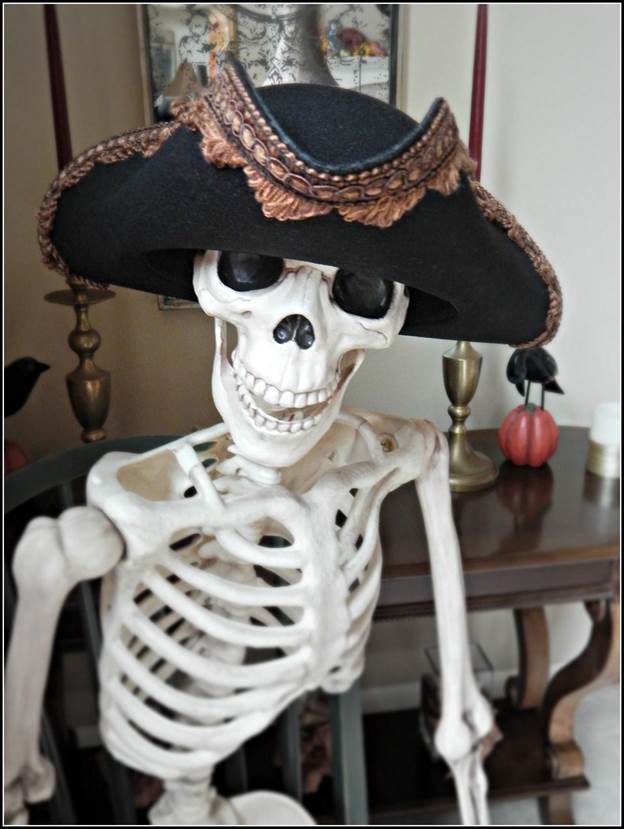 This is made from an already-made hat. It is made from hat, trim, ribbon, and pin. Attach a trim around the bottom brim of the hat with fabric glue. Turn up the brim and fasten it to the middle back with a needle and thread. Repeat this process for the other side of the hat and your hat is ready for use. 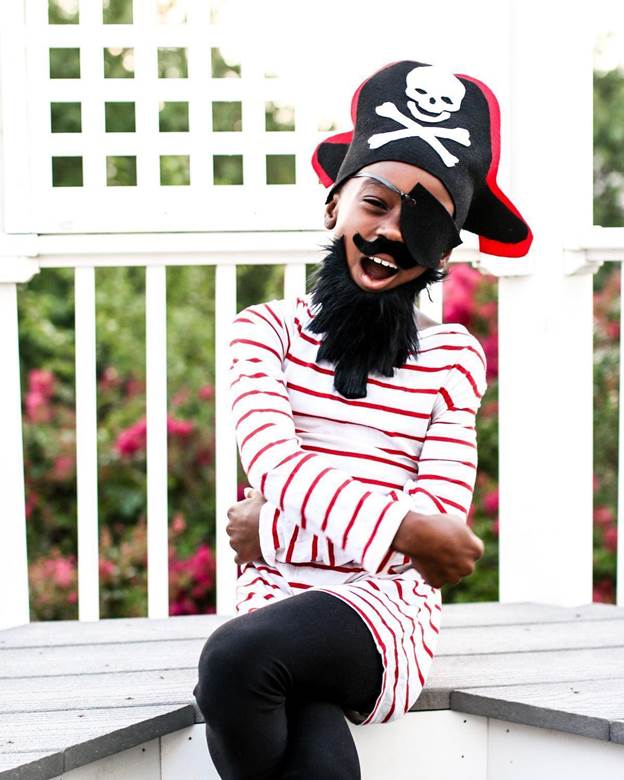 Trace the pattern of the hat on each of the felt materials and glue them together. Use the white gel material to carve the crossbones and attach it to the hat.

The materials needed for this are making tape, leatherworking kit, edge grooves, hand cutter, and buckles. Trace out the pattern of the hat on a fusible interface. Using masking tape, attach the pattern to the leather and make holes all around it. Trim out the excess interface and leather. Hand-stitched a strip of leather around the edges of the hat.

9. How To Make A Pirate Hat

This pirate hat is made from an old hat. Spray paint the old hat inside and out and leave it to dry. After the paint has dried off, food the edges of the hat and you have your pirate hat ready for use. All that you need for this straightforward DIY pirate hat are an old hat, spray paint, and pins.

10. How To Make A Pirate Hat Out Of Paper

This is made only from paper. It is very easy and cheap to make. Trace the pattern of the hat on a sheet of paper and cut the pattern. Repeat this process to have two copies of the pattern. Glue both together with the double-sided tape of the gun. Draw the skull symbol on it and the work is done.

This tricorn hat is made from an old hat. The old hat was dyed to turn to the color black. After which the edges are folded in three places. Using a Dremel, 4 holes were drilled on the edges of the hat and a rope was passed inside it to hold the folding in place. It is this simple and fun-filled. 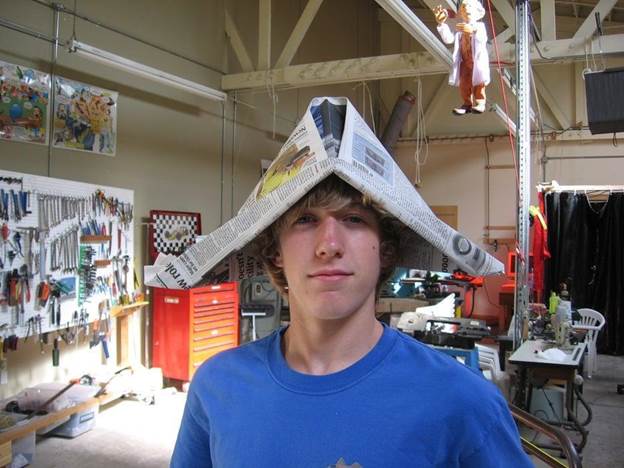 Like other pirate hats made from paper, this is made by folding the newspaper into two. Then, fold the two upper corners down. After which you can fold the brim from the bottom margin.

It is among the list of simple and funny pirates that you can try your hands on. 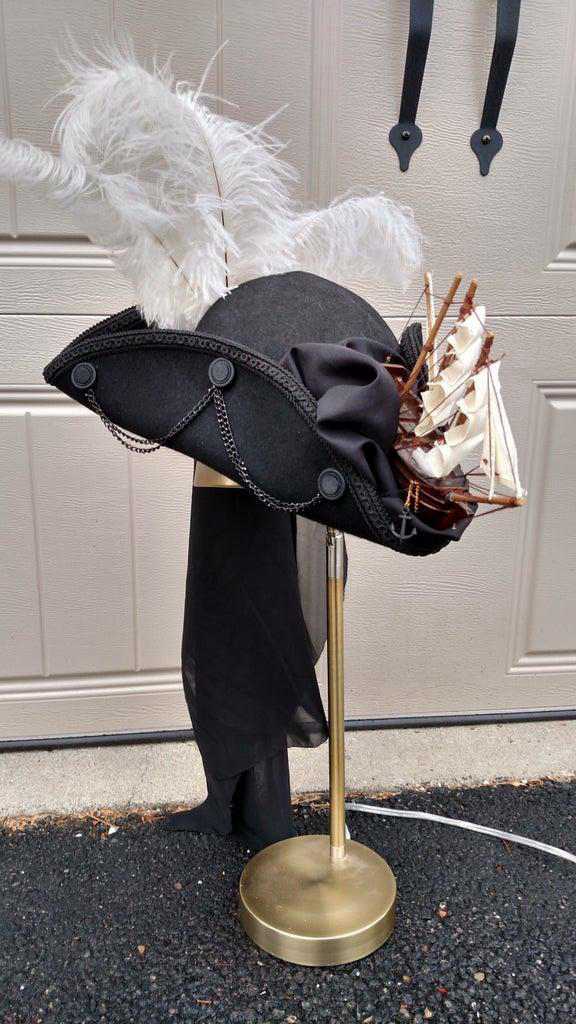 This is made from the hot glue gun, chain, decorative button, sheer fabric, and black lining. Measuring the brim of the hat gives an accurate look. Food the sides of the hat and attach all the decorative materials to it. It is simple and affordable to set up. 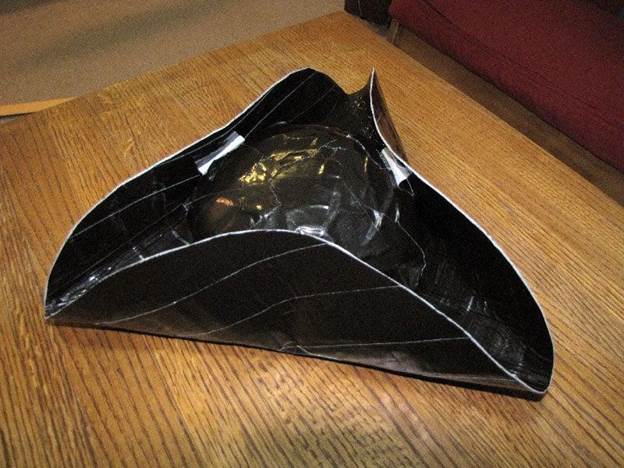 The materials needed for this DIY pirate hat include 2 rolls of black duct tape, 1 roll of grey duct tape, a door frame at least 18" wide, a marker or pen, and a Ruler.

You're already late for your pirate party and you've not even got your hat ready.? Here is a simple and fast step to make a pirate hat for yourself.

Trace out a pattern of the hat you want, cut two pieces of this from a fabric. Trace and cut out this same pattern from a carton or cardboard. Use the pattern from the cardboard to line the fabric and glue everything together.

This is made from black sheets, white sheets, pencils, staple guns, and scissors. Draw and cut out two pieces of the fat pattern. Make a long strip for the band and glue it to the hat pattern. Carve the drawing of the skull and the crossbones with the white paper and glue it to the front of the hat.

17. How To Make A Pirate Hat With Paper And Fabric

This is made of fabric and paper. The hat crown is made by gluing pieces of newspaper to a cardboard sheet. Then, strip the edges of the crown and glue it to a large circle that will make the edge of the hat. Glue a piece of fabric around thus and bend the sides. 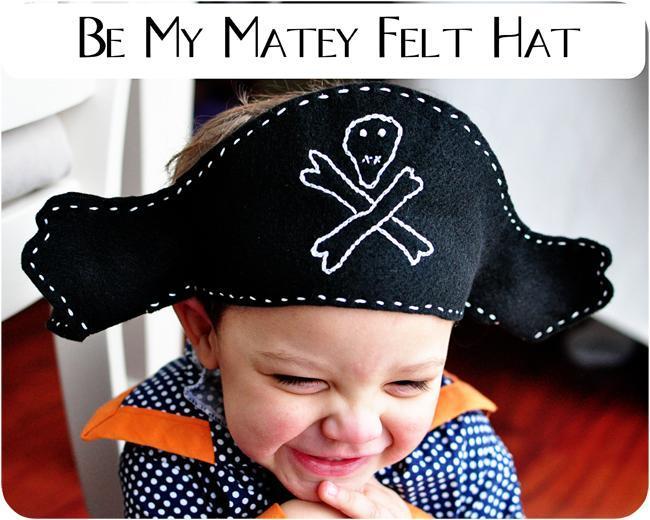 This DIY is a simple and child -lovely felt hat. After cutting out the felt hat. Sew together the pieces and draw the crossbones in front of the felt hat and your pirate hat is ready. This DIY pirate hat has little to no cost of production. It is made from felt material, a needle, thread, and pencil. 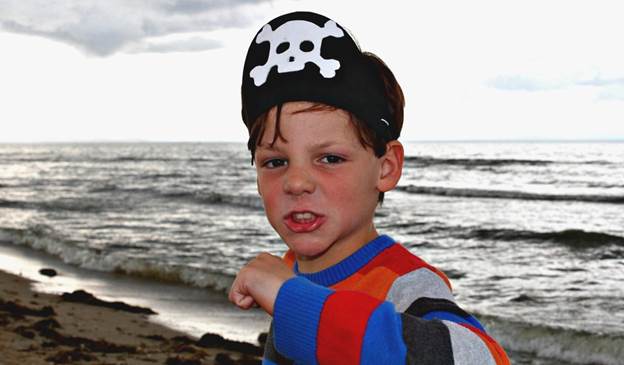 The jack sparrow hat is made by bending the edges of the hat straight ( the same level as the hat). Bend the other side the same way and roll the back.  Though there is a little modification to this hat, it is still very simple And beautiful. Make sure you check the hat very well if you're buying an already-made hat for this because some of it might need adjustment.

21. How To Tie A Pirate Head Scarf

Have you been looking around for how to tie a pirate scarf? Here is a guide for you. All you need is a 20×20" square piece of cotton material. Hold the material on two opposite sides and let the corner between the two sides fall over to form a small triangle.

The materials needed for this simple project are a sheet of black paper, white paper, pencil, scissors, and a glue stick.

Fold the black paper into two halves, then fold again to quarter (to secure the middle line). Unfold the quarter and fold the two corners of the half down on the middle line. Fold up the bottom margin and glue it to both sides of the corner.  Use the white paper to carve a symbol in the form of the hat.

Thanks to these DIY pirate hat ideas, your kids can have fun playing pirate-captain with friends. Some of the projects listed might require you to spend a little, while others can be made using items that can be found in your home.

That’s a wrap! I hope this article has been helpful to you. Feel free to share your thoughts on this article in the comments section below.

Pin1
Share
1 Shares
« 20 DIY Fan Ideas - Do It Yourself Easily
14 DIY Gymnastics Bar Plans: How To Build A Gymnastic Bar » 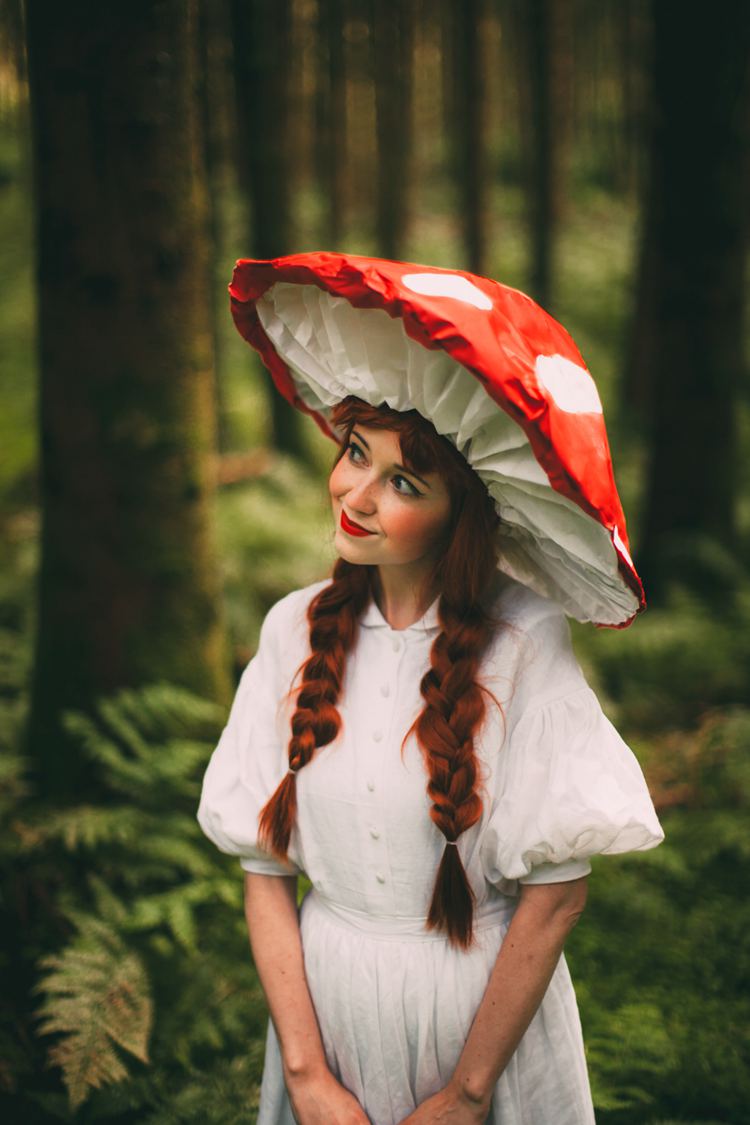 22 DIY Mushroom Hat Ideas: How To Make A Toadstool Hat 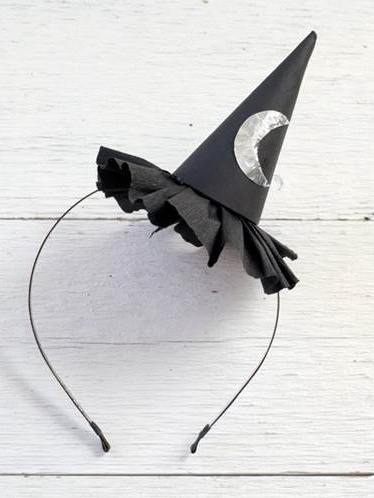 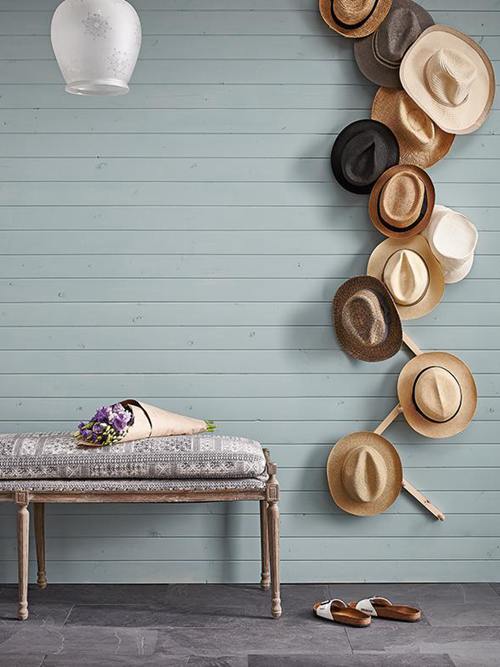 25 DIY Hat Rack Projects That Will Beautify Your Home 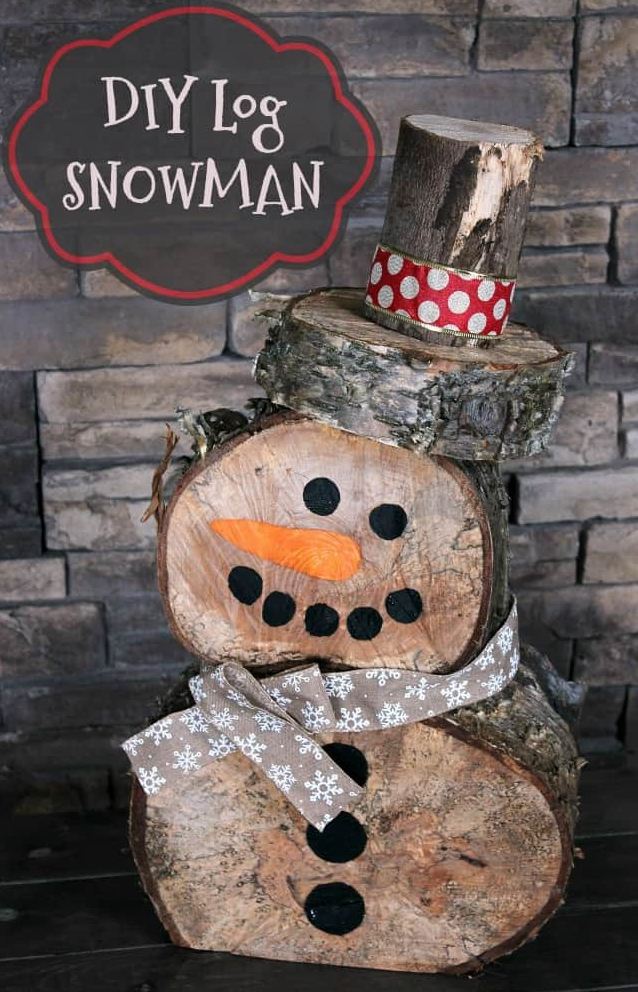 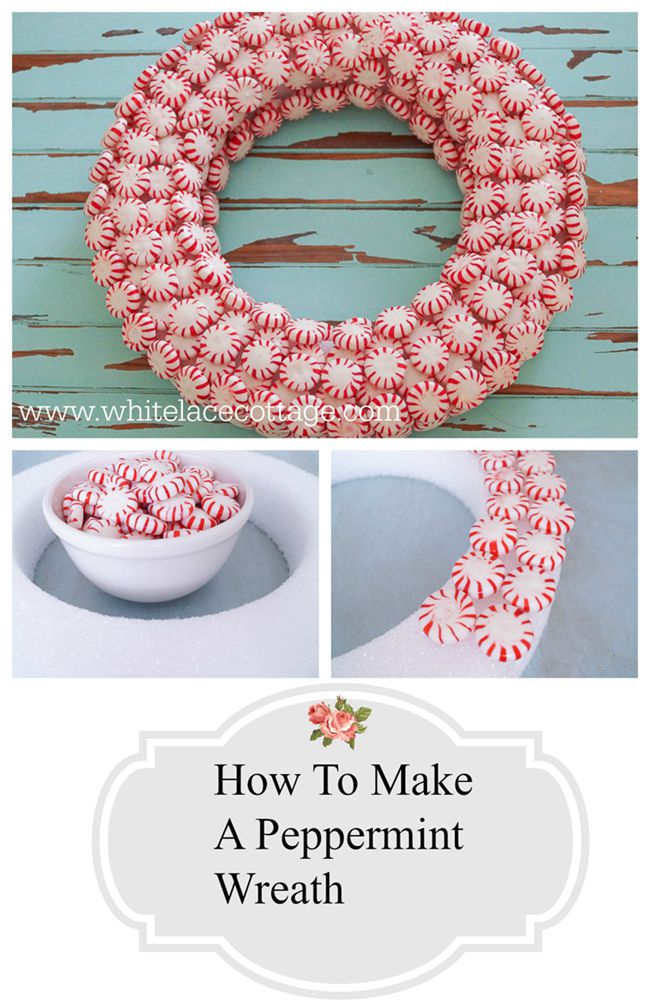 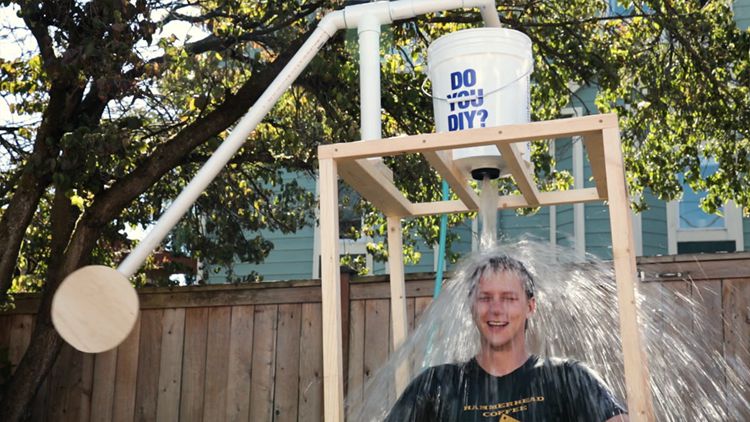 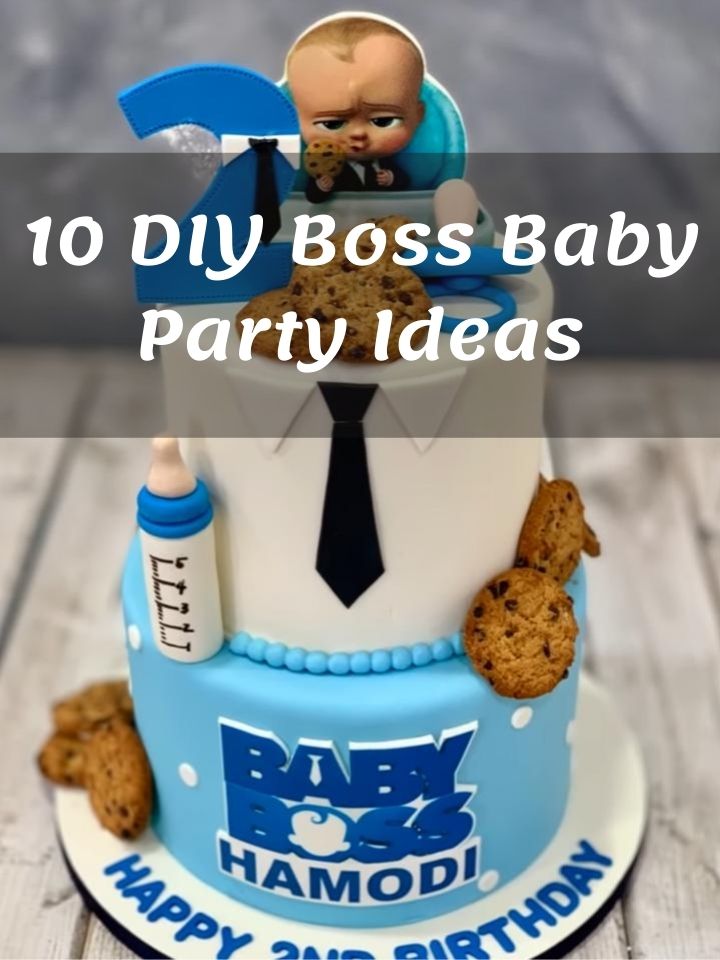 10 DIY Boss Baby Party Ideas That Your Kid Will Adore 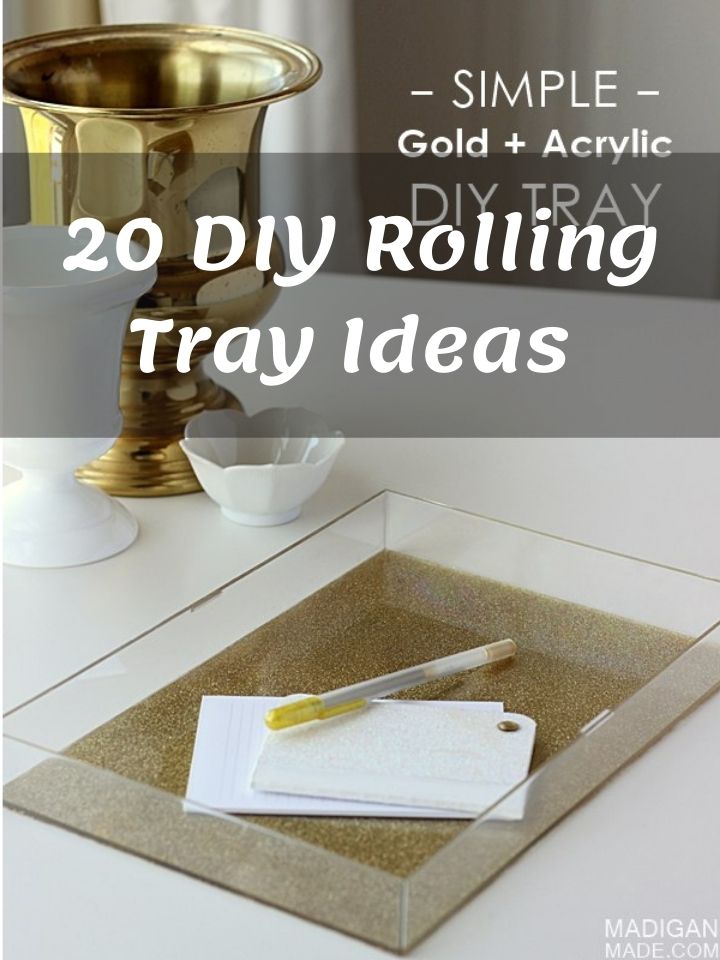